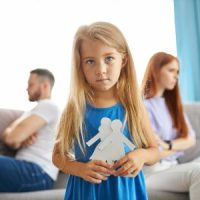 In Pennsylvania, actions for support and custody usually occur as separate and distinct proceedings. In fact, these actions may each be heard by a different decision maker. Local rules governing these procedures vary from county to county.

Support.  Contested support proceedings usually begin with a conference before a Domestic Relations Officer. The conference is informal in nature.

The conference often results in a consent order. If a consent order is not reached, some counties enter an order of support, after which either party may demand a hearing before the Court. Other counties send the case to a Hearing Officer for a hearing. The Hearing Officer enters a recommendation, from which either party may file exceptions. If exceptions are filed, the record of the hearing and counsels’ briefs are reviewed by a Judge, and counsel argue the exceptions before the Judge.

The amount of child and spousal support is determined based on the net monthly incomes of the parties and on support guidelines. For this reason, it is important to prove your income and your spouse’s income early in the process. You need to help your lawyer to gather a complete financial history by providing any documents pertaining to income.

Custody.  Local rules governing custody procedures also vary from county to county. Con- tested partial custody and visitation actions are typically conducted by a Domestic Relations Officer. The conference often results in a consent order. If a consent order is not reached, the case may proceed to hearing before a Hearing Officer or Judge. If the hearing is conducted by a Hearing Officer, he or she will enter a recommendation from which either party may file exceptions. If exceptions are filed, the record of the hearing and counsels’ briefs are reviewed by a Judge, and counsel argue the exceptions before the Judge. If the custody action involves a claim for physical custody greater than fifty-percent of the time, or serious allegations affecting the child’s welfare, the matter will be conducted by a Judge.

The Judge may require the parties to undergo psychological evaluations and/or home-study evaluations. The Judge may appoint a child advocate to represent the children. If a consent order is not reached, a hearing will take place.

As is typically true in other aspects of a family law case, agreements negotiated between the parties is almost always the best possible outcome, because it allows the parties to fine-tune matters that courts are ill-equipped to resolve. After all, the court will never know a case as well as the parties and their lawyers. A negotiated settlement almost always costs less than a litigated case.

If you have questions about divorce, contact the skilled Pittsburgh divorce lawyers at Bunde & Roberts, P.C. Over the years, we have assisted numerous spouses in Pennsylvania, and we know how to help you achieve a positive resolution as quickly as possible.