Do Grandparents have rights in Pennsylvania? 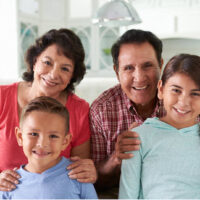 Normally, in custody disputes, the custody action remains between the parents of the children. However, more and more, an increasing number of third parties are stepping in and petitioning courts for some type of custody of the children. These third parties are most often family members, and quite frequently they are the grandparents. If parents agree that either the paternal or maternal grandparents may have visitation with the children, then the issue ends there. The problem begins when a party opposes grandma and grandpa having custody of his or her grandchildren.

Circumstances under which grandparents may file for custody

Where the child’s relationship with the grandparents originally began with the consent of one of the parent’s or under a court order, and one of the following conditions is  met: (1) the child has been determined to be a dependent child, (2) the child is substantially at risk due to parental abuse, neglect, drug or alcohol abuse or incapacity, or (3) the child has, for a period of at least 12 consecutive months, resided with the grandparent, and is removed by the parents, in which case the action must be filed within six months after the removal of the child from the home.

Once grandparents get into court based on one of the three factors listed above, they then have another hurdle to cross. They still must prove to the judge that is in the children’s best interest for them to get some type of custody or visitation. In making that determination, the judge will examine several factors:

If you have questions about a current case involving grandparents’ rights or any other child custody-related matter, now is the time to hire an experienced family law attorney to fight for you in court. At Bunde & Roberts, P.C., our Pittsburgh child custody attorneys are ready to protect you and the children inside and outside the courtroom. Contact us today for help.

By Bunde & Roberts, P.C. | Posted on January 7, 2021
« Common Child Support Questions in Pennsylvania
What are the Alternatives to Divorce Court? »