Close Menu
Coronavirus (COVID-19) Update: Our firm is open and serving the needs of existing and new clients. Click here for more information.
Pittsburgh Divorce Lawyer > Blog > Family > Do You Need to Modify Your Custody Order?

Do You Need to Modify Your Custody Order? 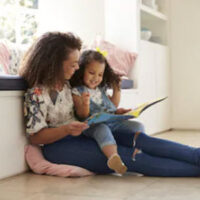 Oftentimes after a divorce and custody order have been finalized, circumstances in the lives of the parties change. Sometimes those changes are minor, and the parties are able to make small adjustments, thereby avoiding having to go to court to get the order modified. Other times, however, the circumstances are such that the parties need to go to court and get the original order revised. Usually one party files a motion requesting a modification of the order.

Reasons for a Modification

Do any of those apply to you? If so, and the current order is no longer viable, modification may be the answer for you. When a court is trying to determine whether to grant a modification request, the number one concern for the judge is whether or not the modification is in the child’s best interest. How does the judge determine what is in a child’s best interest? The Pennsylvania statutes give the judge sixteen (16) factors to consider when modifying custody. You may recognize these factors, as they were the same ones used when the court originally determined what the custody would be.

Some of the factors considered when modifying custody

If you need a custody modification or have already filed for one, now is the time to hire an experienced attorney to help you through this complicated legal procedure. Our Pittsburgh family attorneys will give you step-by-step guidance to make sure you and your children are protected. Reach out to us today at Bunde & Roberts, P.C. for help.