Fleeing The Country During A Pending Divorce Case 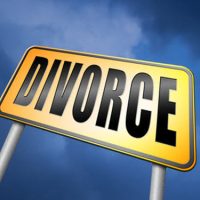 Divorce cases can put some spouses under enormous pressure. For these individuals, the legal process becomes so distressing that they might rather leave everything behind and flee the country. These individuals may be faced with serious economic losses and other consequences. But how effective is it to flee the country while you’re in the midst of a divorce action? Is there anything a lawyer can do if this happens? Is fleeing the country really a viable tactic for spouses who want to avoid property division or support?

Even if one spouse has fled the country and cannot be located, the other spouse can still file for a divorce. Once filed, the complaint in divorce has to be served on the opposing spouse.  Even if the spouse who fled cannot be located, there are still ways to secure service provided the applicable rules are followed.  One of the most common approaches is to serve the complaint through “publication,” which means that the Court has given you permission to publish your divorce complaint in a newspaper or other publication in general circulation so that it will be viewed by everyone in the circulation area. In this way, the other spouse may be able to see the divorce complaint, or someone he or she knows will see it and tell him or her.   This approach allows the divorce complaint to be “served” in an alternative manner.

Once the Complaint Has Been Filed and Served, A Spouse Can Be Prevented From Taking Marital Assets and Fleeing

A spouse may experience significant legal consequences if he or she takes assets and flees the country after the divorce complaint has been filed.  If this is a concern, an experienced family law lawyer can take certain actions to protect the marital estate, such as asking the Court to issue orders preventing the removal of property from the jurisdiction.  A violation of this type of order could result in contempt of court, counsel fees and other sanctions.  Many other countries have agreements with the United States that allow local orders to be enforced beyond our borders.  If property is removed, the Court can order its return, and a foreign court may be able to enforce that order.

Sometimes Spouses Do Get Away

Sometimes, spouses do in fact flee the country to avoid the consequences of a divorce action. And if they choose to go to a nation that has a record of non-compliance with United States, there may be little the other spouse can do. A qualified family law lawyer can give you a clear and realistic assessment of your rights and your options.

Enlist the Help of a Qualified Attorney Today

Whether you’re considering leaving the country or you’re trying to deal with a spouse who has departed from the United States, you should get in touch with a qualified, experienced Pittsburgh family attorney. Book a consultation with Bunde & Roberts, P.C., and you can approach this situation in the most efficient way possible.

By Bunde & Roberts, P.C. | Posted on November 9, 2021
« What If Spouses Can’t Agree On A Child’s Education In Pennsylvania?
How To Divide Personal Property In A Pennsylvania Divorce »