Close Menu
Pittsburgh Divorce Lawyer > Blog > Divorce > How Social Media Impacts Divorce Cases, And What Not To Do

How Social Media Impacts Divorce Cases, And What Not To Do 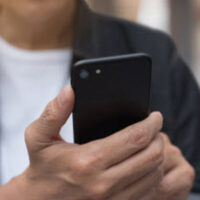 Social media is  often used to uncover lies during divorce cases. Emails, text, direct messages, Facebook, Linkedin, Instagram, Twitter, online dating apps, and other forms of social media can be used for a variety of purposes in your divorce case. An online dating profile can show evidence of infidelity. An email from a boss about a raise or promotion—or a spouse’s request to delay the promotion until after the divorce—can reveal credibility issues if the information was withheld previously. A Facebook picture can reveal—or at least allege—that instead of being a responsible parent, a spouse was drunk while supervising their toddler. Social media is being used more and more often in determining division of marital assets, child custody, = child support, and alimony. In fact, according to the National Law Review:

What Not To Do On Social Media During a Divorce

Social media plays a large role in our everyday lives. In fact, the average user spends nearly two and a half hours per day on social media, according to Medium. Social media can play a large role in your divorce too, if you are not careful. Below are a few examples of what NOT to do, as certain actions that seem like evidence gathering may, in fact, be illegal or could hurt your position in a custody case.

Reach Out to a Pittsburgh Divorce Attorney Today

An attorney can help shield you from attacks made by your spouse, and uncover lies and unsavory character qualities that your spouse is attempting to keep hidden. To speak to a Pittsburgh divorce attorney today at no cost, call Bunde & Roberts at 412-391-4330.

By Bunde & Roberts, P.C. | Posted on June 10, 2020
« Thank You Totopo Mexican Kitchen & Bar for Continuing to Provide Meals During the Pandemic
Support Modification in the World of Coronavirus »